Entrance gate to the Roman Ruins at Jerash, Jordan

A single event has awakened a giant. The recent video-taped burning alive of a captured Jordanian pilot has enraged and enflamed King Hussein. The nation of Jordan is now showing her strength targeting a virulent enemy.

Months ago, the directive was clear and urgent to us: “Go to Jordan now!” Jordan was in the pincers of ISIS – aka, “IS”, the Islamic State, and we felt the urgency to be there. Little did we know what would unfold a few months later. 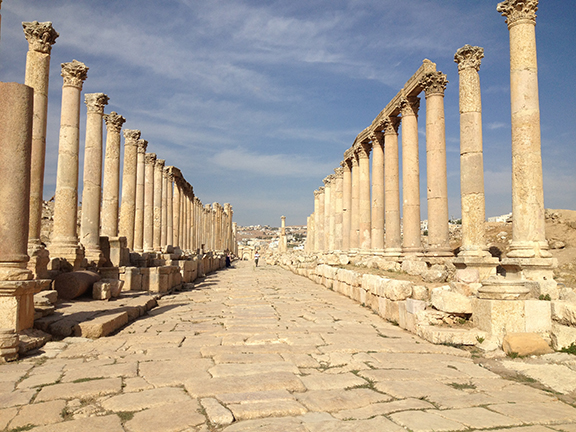 This rogue militant extremist islamic group (IS), operating out of weakened Iraq, had verbally and openly announced to Jordan that the kingdom was next on the list to attack by the new emerging Caliphate (the worldwide Islamic government anxiously awaited by radical muslims).

Carol and I were called to be feet on the ground last fall, to stand with Jordan against the evil spirit attempting to overrun the kingdom of Jordan – and, in fact, the entire region. 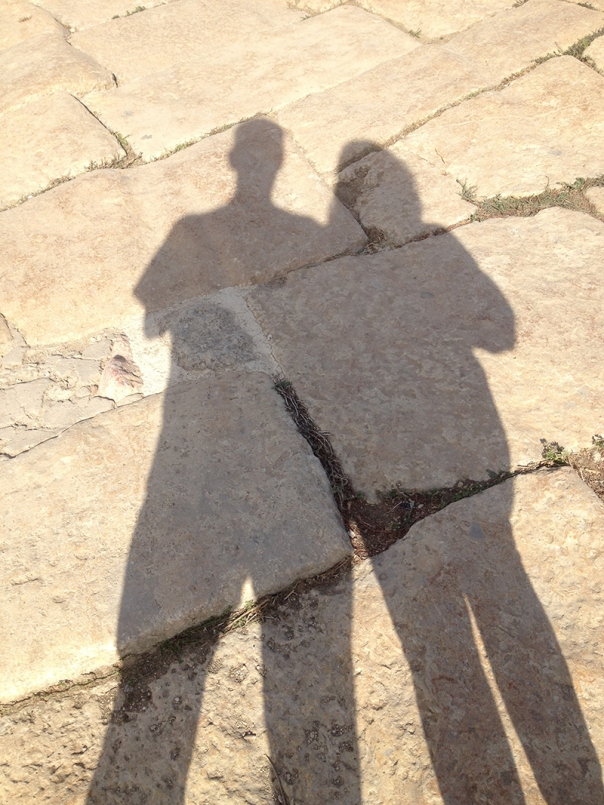 Feet on the ground in Jordan. Holding back the demonic forces.

Now, Carol and I watch in calm assurance of God’s promises to that nation as she battles the dark forces of Islam. 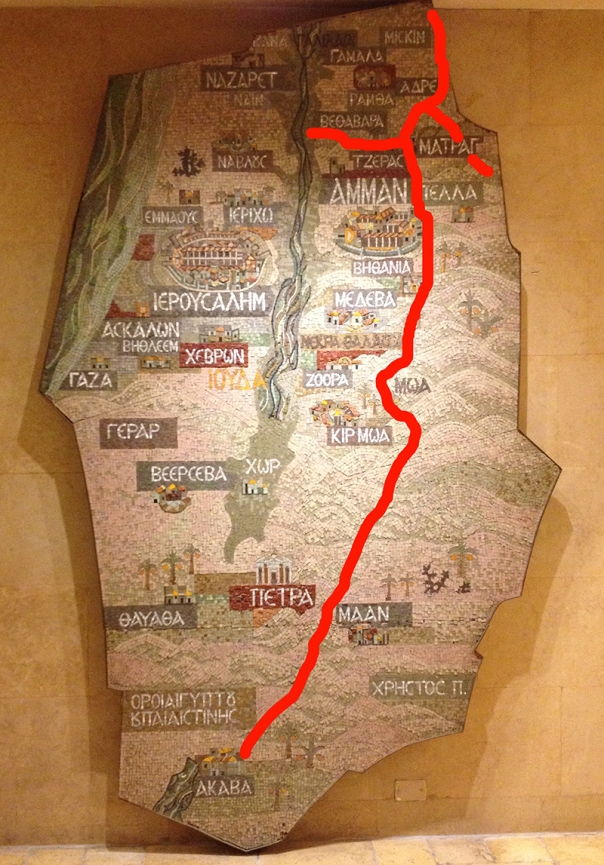 Our route from the Red Sea at Aqaba to the far north, east, and west.
The Jordan River divides the map and Israel lies on the west side. The map place names are in Greek from the Christian influence there for hundreds of years before Islam arrived.

For years we have observed Jordan, both from afar and on site, to see a land blessed by God for their moderation and peaceful overtures toward Israel. In addition, the Jordanians have the largest refugee camps in the world — caring for many of the Syrian and Assyrian refugees escaping IS. God has truly blessed this nation for their efforts on behalf of these displaced peoples.

Thank you for your heart for the peoples of the Middle East!

To the Church in Egypt 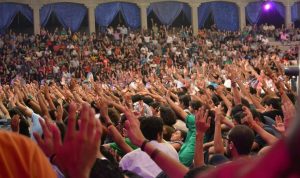 We, the CHURCH around the world, are WITH you and are praying for you!! God said, “I will never leave you nor forsake you!” HE is WITH you. We pray COURAGE and BOLDNESS for you the CHURCH in EGYPT and we pray CONFUSION CHAOS in the camp of the enemy today so they are not successful in their evil intentions planned against you.

May the Holy Spirit encourage your hearts today and overwhelm you with His LOVE, displacing fear.

We declare that God will demonstrate Himself STRONG in and through you as you lift up His NAME in a great shout of praise over your cities!!!

God, we ask that You protect Your people and glorify Your name in and through them, in Jesus’ Name, Amen!!!

Thursday and Friday are important days to pray for Egypt as violent clashes between the Egyptian public and Islamists erupt on the streets.

Know that wherever there is darkness, God’s brilliance shines through His people. God give them courage and boldness.